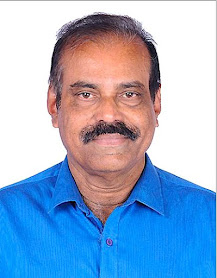 Dr. Ravindra Mundkur, was born to Sri Budhananda Kundar (Udupi) and Smt. Lakshmi Bangera. on 14th March 1954, in ‘Mundkur’ village, of Karkala taluk, of the erstwhile South Kanara District, now ‘Udupi’. He was the eldest son among four children, other siblings being, Rajenda, Shakunthala and Raghavendra.

He had his primary schooling at ‘Holy Angels Primary School’ Hampankatta, and  high school at Milagris High School Mangalore, PUC was in ‘Sharada Vilas PU College’, Mysore, thereafter, BSc in Yuvaraja’s College and MSc and PhD in Manasa Gangotri, University of Mysore. He had a distinguished academic career, having been a topper all through and secured first rank in MSc (Geology) and was a gold medalist.

His life time achievements include publication of more than 50 publications. He was considered as an authority in Ground water subject. The ‘Geomorphology of Karnataka’ map he had created, has become the standard map and has entered the text books.

He had written many books. He edited the manuscript written by our father and published it, titled ‘TULU Pathero, a philology of Tulu Language’. He was very active in dissemination of knowledge. He has authored a Blog Spot “Tulu Research and studies”. It has more than 430 articles of academic interest about Tulu and Tulunadu. The Blog Spot ‘Geo-Karnataka’ is devoted to geomorphology and hydrology of Karnataka. “Mukta Manasu” is a Kannada blog on random subjects.

He has more than 10,000 edits to google map (Local guide: Level-8), which was his passion to add, rectify and vet the names of the places, street and so on. He was active in Quora and was educating the information seekers about geology and Tulu language. He has contributed many articles to Wikipedia (English, Kannada and Tulu). He has also edited wiki books. He played active role in KAGA (Karnataka Assistant Geologists Association) as Secretary/President.

He loved to travel a lot. While in service he had travelled nooks and corners of India in general, Karnataka in particular to gain in-depth knowledge of the geo morphological features. He accompanied his son during overseas assignments to Japan, Switzerland, Germany, France, Malaysia, Dubai, Singapore and other countries with an eternal desire to learn more about the geological aspects. Apart from travelling, his hobbies included, photography, painting, sketching and calligraphy. He was the banyan tree of the family. the key-link in holding the entire family and relatives together.

He was married to late Ms. Bharathi Naik, who served as Principal of Women’s Polytechnic College, Mangalore. Their son Mr. R. Vijnandeep, is a software Engineer with an MNC.

He was a simple, humble, generous and friendly human being full of love, compassion   and wisdom and had the respect of all those who came in contact with him. In his untimely death, the family has lost an adorable member, guide, mentor, academician. He will continue to live, gratefully remembered, by all those with whom he shared his morsel of food, gave love, emotional and financial support to those who needed it, created better lives with support for education and potable water facility.

It was Covid-19 pandemic time when he breathed his last. Amidst the lock down and social distancing norms, many family members stood together extending emotional support to his young son. We are grateful to everybody. This tribute is never complete without mentioning about Mr. Mithun Kanchan. Even after knowing fully very well about the Covid risk, Mr. Mithun Kanchan stayed with Vijnandeep, gave moral support, nourished him well and sailed Vijnan through difficult times safely.  We are very grateful to Mr. Mithun Kanchan and his mother Ms. Mohini Kanchan.

During these testing times, please join us in offering our respects to him with a silent thought, a quiet prayer, for a very special person. 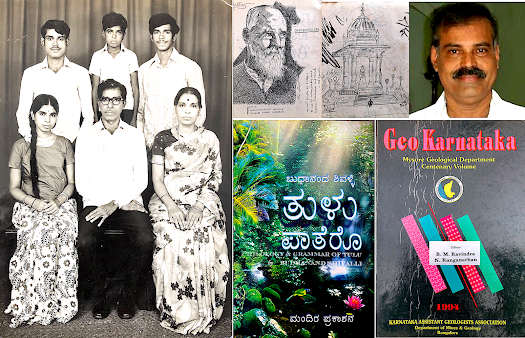