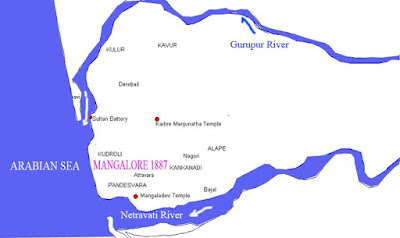 A reconstruction of Mangalore, without barrier spit, before the year 1887
Do you know that the barrier spit west of Mangalore city, known as Bengare, was formed by the shifting of Gurupur river mouth, only 120 years ago? The shape of a river is formed by its usual flow channel. Do you have an impression that the present shape (morphology) or the location of flow path of rivers is a permanent feature of landmark?
Changing river morphology
The rivers and their shapes are guided by the nature of surrounding landforms and these are bound to change in response to any earth movements. The coastal rivers of India have changed their shapes several times in their life history! The rivers of Tulunadu or coastal Karnataka are not an exception to this rule! Especially the Gurupur River that surrounds Mangalore has changed several times during the last three millennia.
Sultan battery
Interestingly, one such change occurred in 1887 during the British rule of Mangalore. Tippu Sultan conquered Mangalore during the late eighteenth century and built a battery at Mangalore, known as Sultan’s Battery to store ammunitions to be used against invaders from the Sea. The battery was built facing the mouth of or entrance to Gurupur River from the Arabian Sea at that time. (The Mangalore port was near Bokkapatna during the Vijayanagara period).
Shifting of River mouth One fine rainy day in the year 1887, the Gurupur River decided to change the way it was flowing into the Sea till then. Instead of flowing into the Sea directly near Tannirbavi, opposite Sultans battery, it changed its fluvial course, flowed straight south towards the mouth of River Nethravathy some five kilometers south and joined the Sea along with Nethravathy. The whole change occurred instantaneously, without advance notice, in response to an earth movement! Thus, consequently a sand spit was newly formed between Mangalore city and the Arabian Sea.
Bengare
And this event occurred in the year 1887.The historical change of river mouth produced a new barrier spit parallel to the coastline, bordering the Sea, now known as Bengare.
®
Reference: Mangalore City Municipality Centenary Souvenir 1866-1966. An anonymous compiler in the Centenary souvenir of Mangalore city Municipality (1966) has enlisted this notable event, possibly based on an older (British) version of the District gazetteer
Acknowledgement: Thanks to Shri Sheena Moolya for providing the reference material.
Posted by Ravindra Mundkur at 10:14 PM 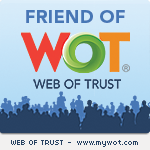